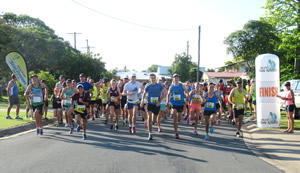 The Mackay Marina Run Launch 5km commences 6pm, nominations of $10 taken from 5.15pm with all proceeds being fully donated to the Leukaemia Foundation.  The Mackay Marina Run committee together with the Mackay Regional Council invite the entire community to walk/run the 5km course which will include awesome river views from the beautiful Bluewater Trail and Forgan Smith Bridge. There will be post run goodie bags and refreshments from a variety of  City Centre restaurants and eateries. 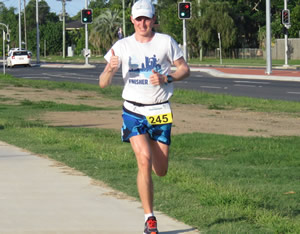 Meanwhile, at the Tilse Toddle new runner to the Club, Julian Picot blitzed the 10km field in the 10km event, leaving many talented runners in his wake.  Julian, whose first few races with the Club this year have been sensational over distances ranging from 5km to 12km, however, he is looking forward to the challenges of a wide variety of distances offered locally on the Club’s 2016 program. There were some outstanding feats of endurance from many competitors including second placed Ryan Palazzi, Scott Alcorn, Lance Dyer, Daren Galea, Andy List, Derek Woods, Sandy Strong, Tim Caddy, Greame Harris, Mark McFadzen, Shane Donnollan, Dwayne German, Darren Binstead, Ross Connor, Scott McIntosh, Wayne Simpson, Craig McGahey, Stuart Sprott and Greg Coulson. 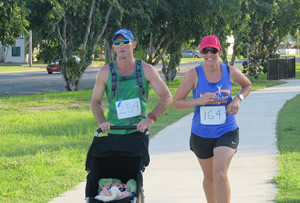 Congratulations to all runners on their achievements whether it be a personal best time or striving to complete their distances no matter what the time. With racing conditions absolutely stifling, race hosts will be on task to seek higher authority from the weather Gods for 2017!

As well as the Mackay Marina Run Launch 5km this Friday night, runners are looking forward to the first Club Championship race on the calendar…the prestigious 5km event from the Queens Park Rotunda, Goldsmith Street, commencing at 5pm. Runners will be vying for valuable open and age category club championship points towards end of year awards. All runners please note that you will need to be registered with numbers attached no later than 10 minutes prior to race start at 5pm sharp.  All members are to check the volunteer list against the event program on the website to see when you are listed, those unable to do their spot are to find a replacement.  The Club would like to thank everyone for their consideration in arriving early to assist the race day volunteers.