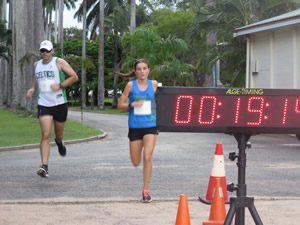 The first Club Championship race on the 2018 Mackay Road Runners Calendar was a very successful event, with over eighty runners competing for open and age category club championship points. Club President, Tim Magoffin, welcomed many new and existing runners to the Club’s events which are always a friendly and enjoyable affair. He also impressed on all runners that they must arrive at least half an hour prior to racing so that race day volunteers including timekeepers and registrar can close off in readiness for the race to commence on the advertised time. It is also crucial for volunteers to be considered at all times…they are an integral part of the club and also like to prepare for their event. Members must always wear their timing chip and race numbers so that they are readily identified for efficient collation of results as well as health and safety requirements. It is of utmost importance that runners listen carefully to the pre-race briefing which includes relevant club information, course briefing and safety advices.

Talented Julian Picot ran a sensational race in the testing conditions which included high humidity and threatening rain prior and throughout the 5km race. Julian’s time of 16 minutes 36 seconds was a solid win over fast finishing Carl Pinkstone and very talented junior runner, Will Morgan. Will missed his goal time of under eighteen minutes by three seconds, however, his exceptional form so early in the season promises improvement with each run ie he’ll be breaking the eighteen minute barrier in no time. 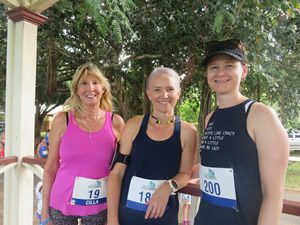 Results for the Queens Park 5Club Championship will available on the website once processed and confirmed mackayroadrunners.com.au

Congratulations and thank you to all the volunteers and runners who attended the BMA Mackay Marina Run 5km Twilight Run Launch last Friday evening in the City Centre. With over five hundred runners, the Leukaemia Foundation estimates raising over $4,000 for their very worthy charity…..thank you to the ever supportive local community. Nominations are now open to register for the 10th anniversary of the iconic event on 3rd June – mackaymarinarun.com