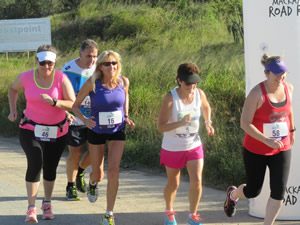 In perfect running conditions, over sixty runners enjoyed the Mackay Road Runners Mt Bassett 5km & 11km events last Sunday afternoon from East Point Road at the far end of the New Mulherin Park, Mackay Harbour. Club President, Tim Magoffin, welcomed new and returning runners for the annual Mt Bassett event, which includes one ascent of Mt Bassett in the 5km and two for the 11km competitors. The fresh, breezy conditions were a welcome change, however, the humidity was still evident as runners noticeably warmed up quickly as their efforts increased throughout the testing course towards the finish line. 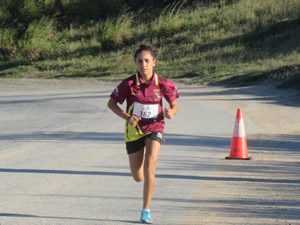 Runners are now looking forward to a multitude of running choices this weekend with Mackay Road Runners hosting the Kia Motors North Queensland Games 5km & 10km at 7am Sunday from the Botanic Gardens Amphi-Theatre and the Stamford Financial Hamilton Island Hilly Half Marathon, Marathon, Half Marathon Team event and kids races. The options are an awesome reflection on the spectacular running locations available which has increased the popularity of the sport within the locality of our great region. Many thanks to the organisers of both events, as a lot of work goes into staging these events.

Runners are encouraged to also nominate asap for the largest running festival in regional Queensland, the BMA Mackay Marina Run, to be held on Sunday, 3rd June from the beautiful Mackay Marina precincts. Distance options include the Half Marathon, 8km, 5km, 5km corporate challenge and the junior 3km. Go online today and support the event as an individual, team or volunteer in a spectacular event that supports the local branch of the Mackay Leukaemia Foundation, who is the major beneficiary.