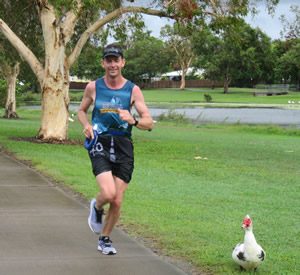 Mackay Road Runners Club President, Tim Magoffin welcomed approximately forty runners and supporters as he described the very technical course which took runners from the North Mackay suburban streets through Slade Point and Andergrove, back to the start via the beautiful Gooseponds parklands. 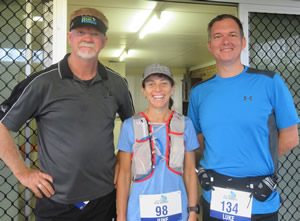 Endurance running enthusiasts are now looking forward to this weekend’s Stamford Financial Hamilton Island Hilly Marathon which will be held on Sunday morning on an amended course on the spectacular Dent Island.  Get ready for a massive day of awesomely breathtaking vistas and testing undulations on the internationally renowned Dent Island Golf course. Check out the Hamilton Island accommodation specials on line for participants and their families!

In the meantime, locally, whilst the Hamilton/Dent Island event will be all done and dusted, Mackay Road Runners will hold a social 5km/10km Lagoons Scurry ‘nominate your time’ race this Sunday at 4pm at the playground end of the Lagoons Botanic Gardens (T-junction of Lagoon and Jackson Streets, West Mackay).

Also, DO NOT  forget to register online asap for the BMA Mackay Marina Run for your choice of events from 3km to 21.1km or volunteer your time to help out on race day…..all welcome!