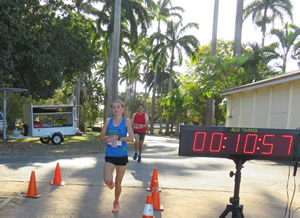 Meanwhile, there was a sensational result in the 3km, where the female winner, junior runner, Rachel Silvestri was also the overall winner of the thirty plus field of talented athletes. Rachel has just come off a spectacular running season including cross country racing for Queensland at the National Cross Country Championships less than a month ago. Rachel posted a super time of ten minutes 57 seconds after a sizzling sprint to the finish line with Nick Rewald, who was just two seconds in deficit to be the first placed male. 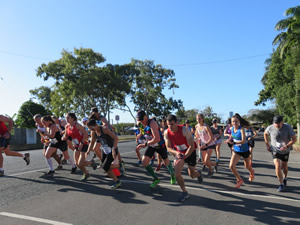 As the 3km was the last handicap points event for the year, runners are now looking forward to this Sunday 5km social Jungle run commencing 6.30am from the Botanic Gardens, playground end of Lagoon Street. Please note this is a morning run so that the afternoon is free for all rugby league fans to enjoy the NRL grand final games.